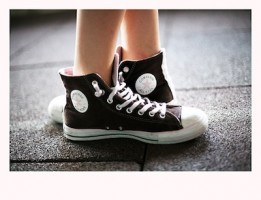 If you study classical ballet, you are well aware that the outward rotation of the hips (or turnout) is essential to the training and traditions of this form. Even if you are not trained in ballet, as a dancer you probably use turnout at least some of the time.

Ask most dancers, and you’ll discover that turnout is high on their list of things to improve and increase.

But is having extreme turnout really ideal?

The human body is designed primarily for forward motion. We walk, run, sit, and stand in the sagittal plane. In dance, the use of turned out legs is primarily utilized for ease of motion on the proscenium stage, a venue in which the performers present movement to an audience which sits entirely on one side of the stage (as opposed to all around or on three sides).

A little history: When dance (ballet) moved to this forum from the royal courts, dancers spent more time moving side to side, necessitating a degree of turnout.  Since then, this rotation of the legs has been exaggerated, accepted as the ideal, and adopted as the aesthetic in ballet.

With developments in dance medicine, there is evidence that 180-degree turnout is not possible, necessary, or even healthy for all ballet dancers – even the pros (although how much this has changed about ballet training traditions is debatable).

Sideways locomotion certainly does not require rotation to such a degree. Turnout does allow the greater trochanter to avoid the ilium as the leg is lifted above the waist,  however 180 degrees of turnout is not required for this clearance. In fact, Gayanne Grossman, associate professor of anatomy and kinesiology at Temple University suggests that “most dancers have a maximum rotation of 55 degrees in their hips.” [see this 2008 article from Dance Magazine] This means that many who appear to have 180º turnout  are making up the difference in the lower leg.

I suspect that dancers who have danced for years without injury probably discovered early that it is not how much turnout you have that is important, it is how you use what you have. Therefore, it is imperative to know how to use it!

So, what’s really essential about turnout? Understanding it.

What you need to know to make the most of your turnout:

Understanding How Turnout Is Achieved

In anatomical terms, turnout is the outward (sometimes called lateral, or external) rotation of the hip joint.

The hip joint is the joining of the head/top of the femur (thigh bone) to the acetabulum, or hip socket (seen in the diagram below).

This joint is a ball and socket joint, which allows for a wide range of motion on all three planes (sagittal, lateral, and transverse).  The hip joint can produce flexion (forward of the body), extension (as in standing, not the unfortunately labeled lifting of the leg which is actually flexion in anatomical terms), abduction (away from the midline of the body), adduction (toward the midine of the body), inward rotation (turning-in), and outward rotation (turning-out).  Most dance movements are a combination of these actions.

The hip joint is very complex and most of the muscles surrounding the socket are responsible for more than one action of the hip joint.  These muscles both initiate and restrict movements of the hip. The outward rotators are pictured in the diagram on the right.

If this is confusing, picture the spine of a book –

When the book is opened the outside edge of the binding contracts while the other edge lengthens and visa versa.  This inverse relationship is true for all muscle actions and is the key to analyzing movement.

Turnout does not occur from anywhere other than the hip. A false turnout can be achieved by pronating the tarsus (rolling in) to create the illusion of a wider turnout than is being achieved by the hips alone.  This causes a twisting in the knee, a joint which is only designed to extend and flex in the sagittal plane, and this usually leads to misalignment of the pelvis, which actually reduces outward rotation.  False turnout also creates the potential for a myriad of injuries, as we’ll discuss in Part II.

Turnout Is A Verb

Although we sometime use the word turnout as a noun or a position (i.e. “Your turnout could be better.”), it is more appropriately thought of as an action, a verb.

Because outward rotation is not the body’s natural state, the work does not stop once the position or desired degree of rotation has been attained. Instead, outward rotation of the hips requires continual action within the body, even when the rotation is held in a position (like ballet 5th).

How To Recognize Proper/Improper Turnout

There are some simple visual cues that indicate turnout is being forcefully executed.

As mentioned above, dance instructors looking for indication of false turnout will expect to see the feet roll in, the pelvis tilt, and the knees and toes pointing a different direction than the center of the hip joint indicates.

When a dancer is forcing turnout beyond their physical capabilities, tension will appear in the buttocks and probably other areas of the body such as the shoulders or neck.

When you hear teachers say “knees over toes,” they are asking you to properly align the turnout of your legs and avoid pronation both in standing and in plié.

Students, try this: Bend your knees slightly, turn out as much as you can, and then gently lengthen the legs. You are forcing your turnout. What does it feel like? Do you feel a tension or twisting in the knees? Are your feet rolling toward the big toe (pronating) to maintain this position? Do you feel balanced or secure in this position?

When the legs are opened without force and turnout is supported with the deep rotators, iliopsoas, and abdominals, one should be able to trace a line directly from the hip, through the center of the knee, and to a point between the second and third toe of the foot.  A neutral or properly aligned pelvis (with the sitz bones pointing downward) is a good indicator as well because when the turnout is forced, generally the pelvis will tilt, creating a swayed back.

A dancer who consistently performs with false or forced rotation in the hips will eventually complain of sciatic, knee, foot, and/or back pain. Therefore, if a dancer is having any of these problems it is always a good idea to pay special attention to their turnout and alignment while dancing.

Almost everyone “afflicted” with what he/she considers a limited degree of turnout has at one time found solace in the idea that, for some, the degree of turnout is limited by the unchangeable structure of the body and not for lack of trying.

It is true that some have a narrow sacrum which allows for more efficient locomotion overall. Men have a narrower sacrum than women, giving them the potential for more impressive jumping skills. Of course the width of this area varies among women as well. But, before you begin to think that having a narrow pelvis is ideal, some have observed that this narrow pelvis often is paired with a forward facing acetabulum. This facing results in, you guessed it, a lesser degree in outward rotation than those with a side-facing hip socket. The depth of the acetabulum can also affect turnout.  A shallow hip socket allows for higher degrees of both outward and inward rotation in the hip than does a deeper hip socket.

Aside from these natural limitations, turnout is only hindered by problems in how we have nurtured (or not nurtured) the muscles and tissues surrounding the hip, and perhaps our mental state or expectations. There are three ways in which a dancer can nurture their ability to turnout and to actively maintain that turnout during movement:  Awareness, Release, and Strengthen Without Tension.  And we will learn more about these in Part II!

Understanding turnout is essential to using every degree you have.

Deborah Vogel’s Tune Up Your Turnout is a handy resource. Easy to read with the essentials of what you need to know as a teacher or student. Deb answers your most pressing questions about turnout, provides stretches for the appropriate muscle groups, and offers quality advice on how to test and improve your range of motion safely.

Also check out the FUNctional Anatomy curriculum for your classroom (by Deb Vogel and Anneleise Burns Wilson) and Deb’s new multimedia course, Essential Anatomy that comes with video, outlines, and study guides.

You can get all of the above at The Body Series. I have been following Deb’s work online for years and have such faith in her as an information source for dancers, that I don’t mind at all telling you that that link is an affiliate link.