Sometimes there are creative ideas that are too inviting to pass up simply because we lack the resources. When you think about the opportunity, you light up from within. The hair on your arms stands up, and your eyes sparkle with enthusiasm. A chance to collaborate with a group in another state. A new piece that involves mixing other mediums with dance. A children’s creative movement program in homeless shelters.

…Whatever the concept is, it’s got a hold of your heart and soul. While bake sales, auctions and dance marathons are tried and true ways to raise money, periodically a more scalable method is required. In these situations, many consider crowdfunding their project.

Crowdfunding is an approach to raising money through a large number of individuals and is often enabled by the Internet and social media platforms.  It’s a popular and growing phenomenon that essentially turns the traditional financial investment model upside down. Rather than soliciting sizable investments from a handful of donors, crowdfunding targets smaller investments from a large group.

Crowdfunding is appealing to dance companies (and organizations of all sizes and types) in part because it is relatively easy to organize and execute. Although crowdfunding is not without challenges and uncertainty, there are low barriers to entry and little risk. That said, the crowdfunding space is, well, crowded.

How can you ensure that you raise the money needed to see your vision come to fruition?

To gain better insight into the characteristics of a successful crowdfunding campaign, we analyzed data from 50 different dance projects. Here are our findings. The key points are summarized in the Infographic below.

56% of Dance Crowdfunding Projects Are Successful

Just over half of the projects we investigated met or exceeded their fundraising goals. The average amount raised was just over $5000.

The takeaway? Set a realistic target. It may be tempting to reach for the stars (particularly if there is no penalty for missing the goal), but donors want to be a part of projects that are likely to succeed.  They want to believe the goals are attainable before opening their wallets.

Crowdfunding is built on the premise of collaboration. The model requires your fans and supporters to come together for a common cause. Namely, your idea. This begs the question:  How many backers do you need?

In this study, the average successful project had 76 donors, each contributing about $98 to the campaign. This might feel like a herculean effort as a solo task, but the collaborative premise applies not only to your donor base, but also to your execution. For example, if you have a company of 10 dancers, they should each strive to bring 7 – 8 backers on board.

Performances and Innovative Experiences are More Likely to Reach Their Goals

When we analyzed the projects by their primary objective, interesting trends emerged. Although the sample is small, the data suggests that crowdfunding campaigns for producing shows or creating unique, out-of-the-box experiences were more likely to reach their fundraising goals than those aimed specifically at developing a new work or supporting studios.

Backers appreciate the opportunity to participate in the creation of something special and tangible. They want to share the journey with you all the way through until the curtain falls and the lights come up.

When it comes to crowdfunding, for most small dance companies and studios, the “build it and they will come” philosophy will not fly.

Simply posting a project online and waiting for the donations to roll in will not suffice; you have to get the word out there.

Following are a few actions to consider as you move ahead with your crowdfunding plans:

Prime the pump. Reach out to a few key individual supporters prior to launching your campaign. Explain what you are trying to do and ask if they will help generate some early momentum. In addition, be sure to promote the campaign to all of your fans through a variety of vehicles. Social media and email newsletters are sharable and scalable, but don’t forget to make a short, heartfelt announcement at your performances, classes, rehearsals or events. The importance of the personal element and connection cannot be overstated.

Engage with your backers and fans. Strengthen relationships with your supporters and audience by providing regular updates not only on the campaign, but on the project itself. For instance, produce a behind-the-scenes rehearsal video so they can see the performance in its early stages. Interview choreographers about their process. Invite your fans to share their feedback, suggestions and questions. This is a great way to build awareness and maintain the buzz throughout the campaign without being overly aggressive or pushy.

Keep your promises. Reaching your fundraising goal is just one of several milestones in your crowdfunding campaign. Be sure to follow through on your project rewards and deliverables for your backers. Failure to do so jeopardizes the trust you worked so hard to build. Donors had confidence in you and your dream; honor that faith.

The data for this study was aggregated from publicly available information at kickstarter.com and indiegogo.com.  All projects included were launched between 2014 and 2015. 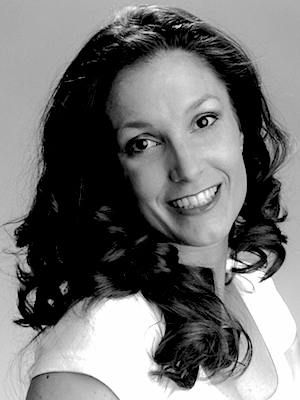 Jessica Goepfert has been choreographing, teaching and performing professionally for over 15 years throughout New England.  She is the co-founder and director of Cambridge Dance Company and currently runs the Suffolk University Dance Company.  Prior to founding Cambridge Dance Company, Jessica worked as the managing director and treasurer for Rainbow Tribe, Inc. She was also the assistant coach for the Boston College Dance Team.  Jessica has an MBA from Babson College and a BA in Dance from Connecticut College.  Follow Cambridge Dance Company on Facebook, Twitter, Instagram and Youtube @CambridgeDance.