Today’s guest post is from Dorothy Stephenson. While still in college she opened a small dance studio specializing in clogging instruction called The Sundance Studio. Today, Sundance not only houses Sundance Studio, but also a productions company, booking agency, and web design firm.

Clogging? What Is Clogging?

Yes, it’s kind of like Tap. No, it’s not like Riverdance. Clogging is every dance – a dance form that includes everything from Irish step dancing to hip hop and everything in between. Cloggers perform choreography to anything from “Uncle Penn” by Ricky Skaggs to Ozzy Osbourne’s “Crazy Train.” It is a dance form that defines who I was, who I am, and who I always will be.

Clogging, known as the “melting pot of dances,” began during the 1700’s in the Appalachian mountains of the eastern United States. Scottish, Irish, English, and Dutch-German settlers found common ground through dance. Over time, their styles wove together and clogging was born. As clogging spread throughout the United States, other influences, such as Native American and African, found their way into this new dance form.

Traditional clogging, also known as “drag-style clogging,” is a percussive dance where a dancer produces rhythmic sounds from steel double taps positioned on the heel and toe of the shoe. The sound then combines with the rhythm of the music which was usually bluegrass. Many times mountain figures, or square dance figures, are combined with freestyle clogging footwork to form hoedowns.

Today’s most recent version of clogging features influences of jazz, ballet, hip hop, and pointe throughout precision routines. Modern “cloggers,” such as myself, do not don the stereotypical crinoline and petticoat that their predecessors once did. Sequins, fringe, and netting are all fair game now. Competitive teams battle it out on the dance floor through the American Clogging Hall of Fame, Clogging Champions of America, and the National Hoedown and Clogging Council competitive circuits.

Clogging is making a name for itself not only on the dance floor, but in the pop culture scene. Soloists and groups have appeared on shows such as America’s Got Talent, America’s Best Dance Crew, So You Think You Can Dance, and most recently SPEED’s Fast Track to Fame. Clogging has appeared not only in the United States but around the world. No, clogging is not just an American dance. It can be found in Europe, Australia, Canada, Austria, Germany, New Zealand, and more. In fact, the Soco Gap Cloggers, one of the first competitive clogging teams, performed for the Queen of England in the early 1900’s.

Not only is clogging a way to exercise and have fun, but it is also a way of life for many dancers across the country – myself included. Five years ago, I was working a 9-to-5 job as a teller at a local bank while attending college for a degree in business management. I was motionless whether I was at work or in a classroom, and it was killing me. I yearned for the excitement of dancing and entertaining, and I wanted more. So after about nine months of sitting behind the counter watching other people’s bank accounts grow, I decided to throw caution to the wind and go for it. I quit my job and opened my own dance studio in an old barn with no indoor plumbing. Being an instructor gives me the opportunity to teach at various dance and clogging workshops and allows me to meet new and amazing people no matter where I travel.

The popularity of this dance form is huge as it lends itself to many different age and personality groups – an attribute that I believe accounts for its tremendous following. There is something for everyone from kids, teens, young adults, all the way to the “golden oldies.’ The diversity of music from bluegrass and country to rock, pop, hip hop, and even heavy metal accounts for many different personality types and makes clogging fun for anyone to enjoy whether they are performing or watching.

Clogging, just like America, continues to grow and evolve more and more every year. In the past twenty years in which I have been blessed to clog, I have seen many dance forms trickle into clogging and have seen clogging appear in many places I never dreamed I’d see it.

“Just as it has always been from the beginning, clogging continues to evolve and to change, symbolizing the nature and spirit of those who first came to the Appalachian Mountains,” says Steve Smith, veteran clogger and national instructor. 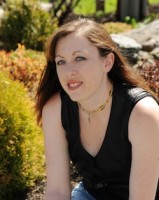 For twenty years, Dorothy Stephenson has entertained audiences with the dance form that she holds dear to her heart – Clogging. Dorothy owns Sundance Studio and Productions Company. She leads the Little Switzerland Cloggers, and also competes with her competitive troupe, Sundance Express, who qualified for, competed at, and placed at the 2007, 2008, and 2009 American Clogging Hall of Fame (ACHF) World Championships in Maggie Valley, North Carolina. In addition, she has earned numerous awards and titles. Most notably, was her 2008 induction into the ACHF All-American Team, an honor bestowed on only 12 men and women from around the country. Along with her partner, Graham Kershner, Dorothy entertains frequently at prestigious resorts such as The Homestead in Hot Springs, Virginia, and The Greenbrier Resort in White Sulphur Springs, West Virginia.

Do you teach or have you tried clogging?

What do you enjoy most about it? Tell us in the comments!