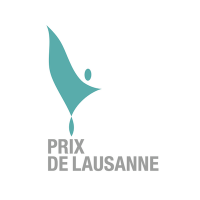 Anyone that has followed the careers of ballet dancers for the last 30 years recognizes that the annual Prix de Lausanne is a big deal. Since 1972 the international ballet competition has helped launch the careers of many of ballet’s brightest stars including Ethan Stiefel, Julie Kent, Leanne Benjamin, Carlos Acosta, Alessandra Ferri, Alina Cojocaru, and Christopher Wheeldon. Since its inception the goal of PDL has been to identify, promote and support young talent. Over 60 prestigious schools from around the world are associated with the event which accepts video entries from dancers aged 15-18 who are not yet professionals. From these applicants only a few are selected to convene during the snowy month of January in Laussanne, Switzerland to be judged during a dance class and stage performances of selected variations. Though all participants have the opportunity to audition and be seen by companies and school directors, the candidates are whittled down to a small group of finalists from which individuals are selected to receive scholarship for one of PDL’s partner schools or companies.

Receiving a record 226 applications from 36 countries, 2010 was a year of firsts for those involved in the Prix. Of the 81 chosen to travel to Lausanne, 43 young men were in the majority – something that has never before occurred in the competition’s history. Houston Ballet’s Ben Stevenson Academy sent three students. Liao Xiang was among the twenty finalists, Aaron Sharratt placed 5th, and for the first time the Academy had a first-prize winner in 18-year-old, Emanuel Amuchastegui.

Amachastegui was fourteen when he began his training on scholarship with teacher Sandra Racedo at Villa Carlos Paz, Córdoba, Argentina. In 2006 he went to the big city, Buenos Aires, to join the Teatro Colón school and Julio Bocca‘s school. That same year he became part of Bocca’s Company and toured all over Europe and Argentina. Then in 2008 he arrived in Texas to study at Houston Ballet’s Academy, becoming part of the pre-professional company, Houston Ballet II, in 2009. At the Prix de Lausanne, he performed a classical variation from August Bournonville’s La Sylphide and a contemporary solo, Caliban, from Cathy Marston’s The Tempest. In addition to winning PDL’s top prize, Amuchasetgui also brought home the “Audience Favorite” award. In the wake of his win, Amachastegui was kind enough to answer a few questions about his experience at the prestigious competition, his training, and his life outside of dance.

Congratulations, Emanuel. I’m sure you are still riding a current of excitement since your win at Prix de Lausanne. Can you describe what it has been like for you?

It has been an incredible experience! I learned so much from all the teachers and also from the other competitors.

You were one of three PDL finalists from Houston Ballet’s Academy. Obviously they are doing something right. If you could choose only one attribute of the school that accounts for your success (and the success of your peers), what would it be?

I will say “passion” because that’s what all the teachers put every single day into classes and rehearsals. Also the students have to give every day in order to improve and get results. 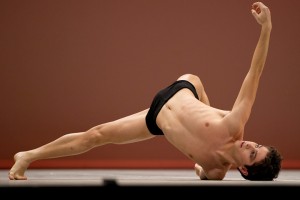 Were you nervous in the preparation for or during the competition?

Actually I wasn’t nervous at all. I was very comfortable. I think it’s because I wasn’t there to win, it was more like a window for me to show myself and to meet different teachers, experience different cultures and strengthen my technique.

It must have been incredibly rewarding to have your parents present in Switzerland. I read that you had not seen your father in over a year. How important has his support of your ballet career been?

He always supports me in everything, same as my mom. They both were there for me and respect the decisions I have made. I’m very glad because I know that there are some people that don’t have such support from family and it’s really important. It makes me happy knowing that they are there and that gives me the strength to keep pushing and follow my dreams.

It’s been said over and over what a gracious competitor you are. This, in addition to your performance, was likely a factor in your selection as Audience Favorite. What would you say to those who feel intensity in competition means having a ruthless attitude toward others?

I don’t know.. that’s a hard question. I think I am always myself, that’s the way I’m am and I think that always brings the best out. I never felt competitive with the other dancers, overall it was very nice energy at the Prix. Maybe the answer is to be yourself and learn from others and from your own errors. 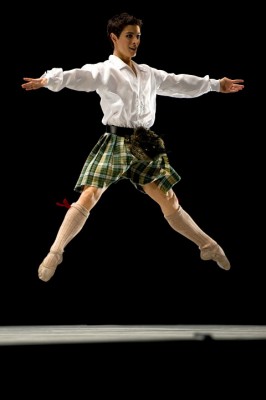 You are known, among other things, for your ballon in jumping. This was evident in the classical variation you performed in competition. You seem to have a natural talent for achieving “hang-time” in a jump, but we all know even natural abilities must be refined. Has there been an image or instruction given to you along the way that made a big difference in your jumps?

Well, I never knew that I could jump that much! [laughs] My teachers were always there and they just know what to say or what to do in order for me to give 100% every rehearsal. But I think that when I dance with my heart, everything else disappears and I am able to do things I never thought I could.

Do you have a preference for either classical or contemporary?

The Bournonville style goes well with my body. I focus a lot more on my contemporary because it has always been my weakest style. Since it’s something I have to work hard at I always enjoy it and try to do my best. When I started ballet it was because the magic of dance (that moment when I’m on stage and it’s just me dancing, it’s magical). Dance makes me forget everything else and be in the moment. I try to express that to the audience and I think when I achieve that, when the audience receives all that I am feeling in that moment on stage, it is beautiful. The classical is easier for my body and I really love it too, but with the contemporary I can show myself.

During the probably very limited time you have when you are not studying at HB’s Ben Stevenson Academy or dancing with HBII, what do you enjoy doing?

I love cooking with my roommates! Watching a movie and having fun. Going out with my friends it’s something that on the weekend is always a goal. Also I spend a lot of time talking to my family and friends in Argentina.

What is next for you now that the competition has ended and you have emerged a prizewinner?

Well, I don’t know yet. But I know how hard I’ll work and how much passion I’ll put towards dance. Of course dancing abroad means missing my family, but dancing is what I love to do and they are all supportive of me and I’m the happiest person knowing that.

Prix de Lausanne broadcast much of its competition online this year, including a behind-the-scenes video blog. You can view Emanuel Amachastegui and other participants at prixdelausanne.tv. There’s also a free Prix de Lausanne app available from iTunes.

Houston Ballet’s blog also provided an insider’s peek at the competition via guest-writer, Shelly Power who serves as associate director of Houston Ballet’s Ben Stevenson Academy and was selected as one of nine judges for this year’s Prix. You can find her six-post series here and don’t miss her heartfelt final wrap-up of the competition.

The timestamps for Houston Ballet Academy’s other finalists can be found here.