During the grand finale gala of the Youth America Grand Prix (YAGP) ballet legends dance alongside current stars. Also on stage, are the young ballet dancers, those fortunate and talented enough to make it to the final round of the YAGP competition. Like me, those young dancers aspire to be the next generation of Osipovas, Murphys and Acostas. My hat goes off especially to them because I know how hard they are working, striving, growing and learning. I know this because I am right behind them! 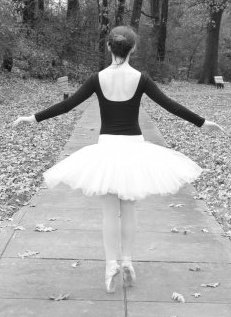 When I began my training two years ago, I had heard of the Grand Prix. It was this world re-known competition that maybe, if I worked hard enough and long enough, I might be able to participate in at 17 or 18 years old, when closer to my balletic goals. I thought it was for only those dancers who were one step shy of becoming a professional, not for girls like me who were serious about training, but with so much left to learn.

Little did I know I was about to experience YAGP firsthand…

After my final performance of Nutcracker this year, my ballet teacher told me she had decided to enter one of my fellow students and me this year for the YAGP semifinal round in Indianapolis. I was shocked, excited, and scared to death! Have you ever seen someone throwing their child in the pool to see if she/he will sink or swim? I felt like that child. Yikes!

After three days off to recuperate from Nutcracker, we began serious training for the next five weeks. I was taught the 3rd Act Kitri variation from Don Quixote. I naturally love to jump, leap, and stretch, so my teacher thought that this would be a good fit for my dancing. I worked hours each day and the pas de cheval and double attitude turns were the most challenging for me. My mom was amazed how many pairs of pointe shoes that I went through for that five weeks!

I just could not imagine dancing with all these perfect girls who had been dancing for years. I assumed that everyone, other than me, was one step away from dancing in a studio company. Yet, I have always been able to trust my teacher and I just kept working and trying to perfect my piece as much as possible given the time restraints.

I had no costume but my teacher reworked the Snow Queen costume that I had used in Nutcracker adding red and black ribbons and beading with a red choker and rose in my hair. Somehow it worked!

After long days of rehearsals, a bout with the flu, and some unusually bad winter weather for the South, the day had come to leave for Indianapolis. I was excited and nervous at the same time. During the seven hour car ride my mind kept reeling with questions:

How would I dance? How would the other girls act? Would I fall flat on my face? What if I found out that I would never be good enough to dance professionally? You name it. It was going through my head!

At that point I decided that, no matter what happened, I would not be destroyed, beat myself up, be sad or give up. I decided before I ever even arrived that I was going to have fun, use this as a learning experience, enjoy the classes, and see this experience as a positive and my participation as an honor… regardless of any outcome.

I began to prepare mentally by using a positive visualization technique that my mom taught me (she is a psychologist who works with athletes and performance artists). This exercise helped me feel more in control and not like a bystander in the whole process.

After settling in our hotel and eating a nourishing meal, my classmate and I went to classes offered by the YAGP.

I had envisioned a huge class with hundreds of people and not even being able to see the teacher. It wasn’t like that at all. We were placed in very nice sized classes with our own age group and had three exceptional teachers that day: an instructor at the Bolshoi in Russia, a dancer at American Ballet Theatre (ABT), and also a dancer from Alvin Ailey. All three classes were wonderful and I actually got corrections in all three, as well as compliments!

I love the Russian technique class and learned some tips that I had never heard before from the teacher regarding turning. We learned a variation from Sleeping Beauty from the ABT ballerina which was very lovely and graceful. I loved watching her demonstrate and now I know one more variation than I did before I went to YAGP. The contemporary class was so fun, freeing and relaxing. Just the experience of these classes was worth its weight in gold.

The next day was the competition. Now my nerves were trying to kick in. While watching the older girls perform the night before, I saw some slip and fall and I just knew that was going to be me!

First, my teacher took us back stage to warm up. My friend and I did not speak a word because I think we were both more nervous than we thought we would be.

We warmed up and then they called us for Open Stage, a period of time when all the contestants are able to enter the stage for the first time to mark their places, find their spots, become familiar with the stage, or identify slick spots. It was organized chaos. I recalled the good advice some dear friends on Twitter, who have much more dance experience, gave me.  Focus on myself and my marking. I was encouraged to not let the other dancers psyche me out. So that is exactly what I did, and it worked beautifully!

I was afraid there would be girls there who were diva-like, trying to show off and make others feel inferior. However, I did not see anything like that. It seemed that most the girls were just doing the same thing that I was doing, focusing and working on readying their piece. While none of us really chatted because of the time restraints and pressure, most of the girls appeared open and somewhat friendly. I did not see any divas.

I have learned that when you are open and friendly and encouraging to others, you usually get something similar in return. Not always but much of the time, especially when you try your best to be sincere.

I have learned that I can hope to do well, but think that it is important to wish others well at the same time.

After what seemed to be forever, it was my turn to step onto the stage. I remember using a deep breathing technique, visualization, and positive thoughts that my mom taught me to calm my nerves.

As I stepped out on stage, I noticed that one of the judges was Lesley Browne. She had been one of my idols after seeing the movie The Turning Pointe and I just remember thinking what an honor it was to perform for her. I did not even think about being judged.

As the music began, I noticed right away that it was playing about twice as slow as I had rehearsed it all those weeks. Everything seemed in slow motion, including the leaps. The pas de cheval and attitude turn sequences were not as good as I’d done them in rehearsals. I was very concerned about the actual steps now which most likely hindered my artistry. However, I finished the piece with no obvious faux pas and even heard a large applause. I took my curtsy and it was over! 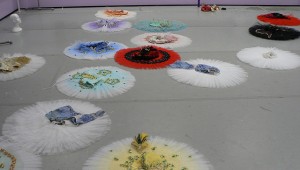 I knew that I could have done better and was very doubtful that I had placed. Yet, I felt good about my first YAGP performance, and my teacher appeared elated that I made it all the way through at that very slow speed. I did not even stay to see the results because I had an audition for a summer intensive that same evening and had to spend some time traveling to it.

Looking back on my first YAGP experience, I can only see positive experiences. I look forward to participating again next year. I feel encouraged about my future.

Was I the very best one there? No! Yet, I am surprised and proud of the level of performance I achieved.

Can I do better, learn and grow from this experience? Yes! That is exactly what I am trying to do.

About a week later my teacher was sent our scoresheets from the competition. My score was very high and I was shocked! I got many good comments and compliments from all three judges. This is the fuel I use to keep encouraged, keep going, and never give up. However, the best part was the judges corrections and criticisms because I know that is how I’ll improve and move to the next level in technique and performance.

I could not have asked for a better first-time experience from Youth America Grand Prix. If you have never done YAGP, it might be something to consider. The future may be sooner than you think!

What is your story?

I would love to hear about your past YAGP, competition, or convention experiences. How did you prepare and train? How did you feel during and after?

Alison Shames is just an ordinary 14-year-old girl who loves ballet and hopes to be a professional one day. She began her ballet training at 12 years old and trains 6 days per week for 4-6 hours each day with some amazing teachers from Norway, Dominican Republic and Cuba. Alison studies Vaganova technique, modern, contemporary, character, classical variations, African movement, and loves flamenco, Bollywood, Chinese fan, and other cultural dances. She attended her first ballet intensive last summer at Boston Ballet School and is looking forward this year to the Bolshoi Ballet Academy and Gelsey Kirkland Academy of Classical Ballet summer intensives. She has difficulty naming only a few of her ballet inspirations but includes Tamara Rojo, Adiarys Almeida, Carlos Acosta, Maria Kotchekova, Natalia Osipova, Vladimir Malakhov, Alina Cojocaru, Li Cunxin, Sokvannara Sar, Joseph Gatti and Svetlana Zacharova among them. A resident of the southern United States, Alison loves that dance is a universal language and brings the world together. You can find her Tweeting @Balletgirl96.