This is not an easy question to answer, even for dancers and choreographers.

The beginnings of modern dance in the United States (Germany also had a related and influential dance movement) are traced to the early 20th century to a group of dancers often labeled the forerunners of modern dance. Isadora Duncan, Loie Fuller, Ruth St. Dennis, and her husband and partner Ted Shawn, each made significant contributions to a new type of concert dance in America.

Their dance reflected and challenged the art, philosophy, and issues of their time, explored the cultures of other places and times, made new advances in theatrical lighting and spectacle, and discarded the costumes and artificiality of classical ballet. They were exploring and expressing themselves in a way that had never been seen before, and they were guiding others to do the same.

From this small family tree, emerged another generation of dancers. This group, considered the founders of modern dance, broke whatever rules had been laid down by their predecessors. Instead of borrowing movement from other cultures, they created movement based on the experiences of their own era. They were interested in presenting the inner self and all of its complex emotions on the concert stage. These founders, Martha Graham, Doris Humphrey, and Lester Horton, among others, also created their own techniques which they taught in independent dance schools and universities. Their work established modern dance as a legitimate art form.

Dancers in the founder’s companies such as Merce Cunningham, José Limon, Alvin Ailey, Paul Taylor and Anna Sokolow continued to redefine not only modern dance but, dance in general. Each contributed something different but, in general, this third generation was noted for a more minimalistic approach to dance in which movement became more pedestrian and stripped-down. Some, like Merce Cunningham, explored chance elements in their choreography, allowing a roll of dice to determine a dances’ structure. Others, like Alvin Ailey, brought ethnic, social, and political issues to the forefront. 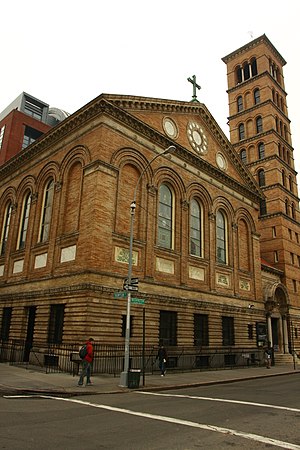 In the 1960s and 70s, the work of these earlier artists ushered in the postmodern dance movement. The artists involved with Judson Dance Theater were some of the prime movers in this experimentalist trend. Dance artists were leaving the theatrical stage altogether and performing dance in public parks, on buildings, in museums, and on busy streets. Choreographers explored improvisation as legitimate performance and often presented performers with no dance training in their work. Audiences were asked to accept everyday movement like dressing, walking, and playing as dance. It was a direct upheaval of the concepts and codification that Modern dance artists had fought to develop.

Yet, as those who had gone before have done, each generation of modern dancers seeks new terminology, concepts, and techniques that broaden the definition of dance.

This legacy continues in the 21st century, an environment that draws from the techniques of modern dance and the spirit of exploration in postmodern dance. In fact, today most dancers on the concert stage are likely to have experiences in many techniques and, with the exception of those who have pursued or immersed themselves specifically in ballet or other systematized dance form, consider themselves contemporary dancers.

They study traditions in modern dance, but also other movement disciplines like ballet, jazz, african, yoga, gymnastics, and martial arts, as well as improvisational techniques such as contact improvisation and body mapping. Therefore, the movement you’ll see in a technique class or on stage reflects this diversity.

Modern dance, although defined in many dictionaries as “a form of contemporary theatrical and concert dance employing a special technique for developing the use of the entire body in movements expressive of abstract ideas,”  is a label that has begun to feel outdated for describing works created in the 21st century.

The term has recently been dedicated more to the techniques (both the structured styles like Graham, Limon, or Horton and the less codified systems) that are studied by contemporary dancers than works currently performed on the concert stage. To understand Modern Dance, therefore, it is a good idea to become familiar with these techniques as well as with its history and its role in the development of the constantly transforming art form of contemporary dance, which is not a technique but a collection of principles regarding movement and the choreographic/performance process which are closely related to the goals of the original modern dancers and their techniques.

Many times when people ask the question “What is Modern Dance?” they seek to prepare themselves for participation in either a class or as an audience member. As above, I recommend learning a bit about the history of modern dance as well as simply experiencing the art of contemporary dance. Take technique classes from a variety of teachers, watch choreography and performances by many different artists, and/or explore and improvise with movement, all the while, keeping an open mind in regard to one’s own definitions of dance. Each experience broadens and shapes understanding, giving one the knowledge to compare, and the confidence to appreciate that modern and, in fact, most contemporary dance refuses to be defined by labels. As one’s experience with the art of dance grows, the need to brand dance forms will diminish, and the question “What is Modern Dance?” will be replaced with “What else can dance be or become?”

Below are some interesting quotes, links, and resources that have more to say about Modern Dance…

One reason why modern dance is hard to define is that it is not so much a particular system or technique as it is an attitude toward dance, a point of view that encourages artistic individualism and the development of personal ways of dancing. As Helen Tamaris wrote in a program note for a concert she gave in 1927, “There are no general rules. Each work of art creates its own code.” – Jack Anderson

American Modern Dance, as a performance art form, serves many roles in today’s society. Many American choreographers of today use their art form for social commentary. There are other choreographers who tell stories with their dances. Finally, many choreographers simply manipulate the tools of choreography to visually create something new and interesting-perhaps something never seen before. Whatever the specific intent of the choreographer the role of dance today is to communicate, to create, and to educate.
– Beth Braun and Mark English

Prime Movers: The Makers of Modern Dance in America

No Fixed Points: Dance in the Twentieth Century