Confessions of a Tap Geek

I am dismayed at the lack of information available for taps.  Sure, they are just hunks of metal, but they are hunks that completely reshaped an art form.  I continually find misinformation when searching the internet, and it appears that everyone who writes about taps has cut and pasted from the same unreliable source.  For example:

This is not true.  Teletone and Duotone are trademarked brand names of Capezio and are not universally regarded as a type of tap, and Supertone has been applied to a number of taps from a couple different companies.  To say that these are the only types of taps available is like saying all shoes are classified as either Jordan’s,  Air Jordan’s, or Limited Edition Jordan’s.  The worst part is that you can more or less find this EXACT SAME SENTENCE on numerous websites.

But let’s face it: the most interesting part of a tap shoe is the taps.  As a kid I put flat tacks on the bottom of my sneakers because even before my first tap class I knew that it was the sound that gave tap dance its novelty.  The Great Tap Shoeganza wouldn’t be complete without focusing on the tap dancer’s most versatile tool.

A tap dancer does not need metal taps to produce great percussive art.  By flipping through Marshall and Jean Sterns’ Jazz Dance, which is considered by many to be the tap dancer’s bible, I can’t find mention of the art form being called “Tap” until the beginning of the 20th century.  Until then it was jigging, or vernacular dance, or Buck and Wing dancing, or step dancing.  Wood not being available to everyone, these dances were performed in dirt, on sand, and later developed on concrete street corners.

The shoes that were used had soles of leather or were fashioned with wooden plates.  In many instances, the would-be African pioneers of the art form used bare feet.  Did they have a choice in the matter?  I don’t know.  I do know that I am grateful everyday for the spirit that kept them dancing.

Bill “Bojangles” Robinson, as stated in Vallis-Hill’s Tap Dancing America, wore “split-soled clog shoes, an American adaptation of the solid wooden clogs from the Lancashire and Lakeland regions of England.”  The shoes had an attached half-sole made of wood that was “left loose, allowing for greater flexibility and tonality.” 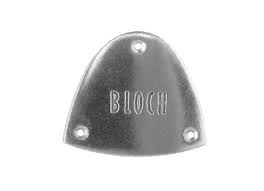 Without the taps, a tap shoe is just a shoe.  The addition of metal taps is that rare phenomenon; what began as a concept was agreed upon by many and has evolved into a tool as useful and versatile as any at an artist’s employ.  What was a fad is now an era.  Make no mistake, many tap dancers are just as finicky with their taps as they are with every other aspect of the dance.

Now That You Have The Tap, Where Do You Put It?

I personally struggle with the placement of my taps.  I prefer that the tap covers as much of the edge of the toe as possible, maybe even stick out a little.  But not all taps are large enough for my wide feet.  Sometimes I have to move it up and to the left or the right, depending on the sole of the shoe.  Of course, many of my peers aren’t as compulsive when it comes to tap placement, but, as with the dance itself, it is a labor of love.

If I don’t have enough metal on the lateral side (outer edge) of the front of my shoe, my pinky toes get really sore after practicing wings.  Also, small taps make those satisfying notes you get from striking the taps against each other more elusive.  Wide or narrow, long or short, the dimensions of your foot will affect the type of tap you buy and where you place it.

You have to play around.  There are so many tap-to-shoe variations that it is absolutely possible to be physically and harmonically satisfied with your tap shoes.

The taps produced by today’s leading manufacturers are distinctive from one another.  Most of the companies that produce tap shoes also produce the tap that comes with it, and each tap has a personality all its own.

Capezio’s Tele-Tone taps are moderate in both weight and tone.

Leo’s Ultratone toe tap is thicker and fills out the edge of the shoe more, but is a little clunky.

SoDanca’s taps are slightly convex and produce a bright upper-register tone, though their edges are so sharp that your shoes may treat your floor like a grater treats a block of Wisconsin cheddar.

Consider your style.  Do you prefer lighter, tinier sounding taps, or a deeper, warmer tone?  Do you dance more flat-footed, or do you get up on your toes?  Have you ever cracked a tap before?  Matching your particular needs with the perfect tap and shoe combination is a great pastime for amateurs and an essential aide for professionals.

Got a Screw Loose?

Loose taps can drive you crazy, and I remember having to tighten my taps every five minutes when I was a kid.  If only someone had showed me all of the options available for keeping the taps from falling off my shoes.  No more!

Fix’em Yourself – Here is a way to make stripped screws like (almost) new.  All you need are a book of matches and some wood glue.  Take a small sliver of pulpy wood product, like the end of a match stick, and dip it in some wood glue.  Be careful that your wood sliver is neither too fat nor too long for the screw hole.  Insert it into the stripped hole and replace the original screw.  The additional wood pulp will make new threads for the screw to latch onto and the wood glue bonds the new threads to the shoe.

I’ve been doing this since I was a kid, and I asked my consultant, Matthew Schroepfer from Dancing Fain Inc., if this is still an acceptable procedure to fix loose screws.  He confirmed that it is, though not before warning about using super glue or other adhesive products.  “Other types of glue become rigid when they dry and will crack.  Wood glue never completely dries, and it stays malleable enough to flex with the screw.”

Soundboard – A soundboard is a thin, fiberboard that helps keep the metal attached to the sole.  When the taps get loose the threads on the screws will catch and become retained in the fiberboard.  There is a slight tonal shift produced by having your taps pressed against the fiberboard, but in my experience it is not very dramatic.  Why is it called a soundboard if it doesn’t really affect the sound?  I guess “supplementary affixation pad” just didn’t sell as well.

How many screws? – By now most tap dancers and shoe companies have agreed on the three screw tap, now the standard for taps.  However, there are taps available that could have as many as five, six, or even eight screw holes, or as few as one.  More screws equals a better attached tap, and less screws means, well, less screws to deal with.

Screws, who needs ’em? – Glue them on!  That’s right, you can have the taps glued on with a good adhesive to insure that they stay in place.  This will cause some tonal shift, perhaps more than the soundboard will, but if that doesn’t bother you, then just think of the peace of mind that comes with taps that will stay just how you like them… always

Ask car geeks about their cars, and there is no nook or cranny that has not been analyzed.  They can tell you the year, make, model, country of origin, sculptor who designed the exterior, the type of welds used to secure the frame, which engine he chose and why.  The same goes for enthusiasts of guitars, comic books, foodies, technophiles…  So why not tap dance?

Who designed the taps used by hundreds of thousands around the world?  What are the differences in tone for the various brands?  Even finding the right size tap for your shoe can be a frustrating process!  (Size 00?)  I’m interested to learn all I can about this wonderful instrument, and I’m betting that there are others out there like me.  Stay tuned.

Did this deeper look into the ‘tap’ make you think differently about your shoes or how you use them?

What is your tap of choice?