I’ve been following Renée Rothman’s Dance Doc’s Think Tank blog since (I think) its beginnings and certainly from early on in the life of Dance Advantage. Dr. Rothman is a scholar and educator and her insights on everything from Bellydance to So You Think You Can Dance fascinate me because I almost always learn something about dance and particularly dance in American culture.

In this article, she provides an invaluable list of dance resources (and a helpful description of each) for even the non-academics in the house. Bookmark this one – perfect additions to your personal, academic, or school’s dance library! Just click on the titles to view or purchase on Amazon.

Dancing always takes place within specific historical and cultural contexts. Anthropologists attempt to explain the power and purpose of dance activities by detailing these meaningful contexts. I have assembled a small list of dance books that cover a range of dance forms from the U.S. and abroad.

A few of these are full-on ethnographies, a specific sort of literature that includes very thick descriptions of specific populations meant for scholars. I’ve put a star –

– by these. All of the selections are ethnographic in that they address the human meaning and experience of dancing. All of the books were selected because they are easy for non-academic audiences to read—that is, short on jargon but long on insight—and are relevant in today’s world of dance. 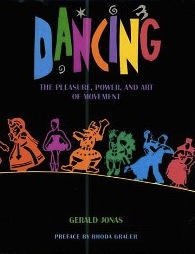 Dancing: The Pleasure, Power, and Art of Movement

by Gerald Jonas. Harry N. Abrams in association with Thirteen/WNET 1992

I used this as my textbook when I taught Dance in World Cultures and still recommend it as an excellent primer on the subject. It was produced to accompany the PBS 8-part film series which may be available at your public library. World dance forms are compared along topical lines such as religion, gender, and courtly society. One chapter, for instance, compares two 400-year-old classical dance traditions: Japanese kabuki and Western ballet. Among the varieties of dance you will encounter are dances from Africa, Polynesia, and Southeast Asia.

This 6-volume collection is a comprehensive, reliable and well-documented reference on the histories and cultures of world dance. It has nearly 2,000 entries covering geographical regions, historic and modern styles, and biographies of dancers and choreographers. Its price puts it out of reach for most of us as individuals (a used paperback copy starts at $200), but it is the best resource for dance researchers of any caliber.

Dancing in the Streets: A History of Collective Joy

Ehrenreich believes that the communal expression of joy is an innate human need. This is a fascinating history of how Medieval church and state forces in Europe changed the nature of collective dance. Their attempts to repress communal dance was unsuccessful: What else are modern events like “Thrill the World” but public, communal expressions of joy?

Contact Improvisation originated in 1972; it evolved out of the zeitgeist of the Sixties: the challenge to conventional social behaviors, a high value on “going with the flow,” and a desire to include trained and non-trained dancer in their activities. Shaped also by dance trends in post-modernism and rock-and-roll, CI began as a social experiment—a democratic, participatory approach to dancing that was part sport, part folk dance—which also evolved into a performance art.

by Ann Daly. Bloomington: Indiana UP 1995

This is not another biography of Isadora but an in-depth look at her response to and effects on dance in American cultures. Duncan’s notions of movement, of beauty, of morality and spirituality are examined in the context of American social and ideological trends at the turn of the last century. If you are interested in what made Isadora tick, this will be of great interest to you.

The Sterns’ produced this landmark book to delineate the major developments in American social dancing. They were among the first to convincingly demonstrate how our social dances are inspired with African rhythms and aesthetics. They track the historical development of dance from Congo Square in New Orleans to minstrelsy, to the evolution of tap and the Lindy Hop. It’s a must read for American dance history buffs. 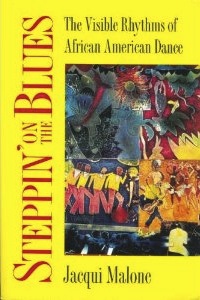 Steppin’ on the Blues: The Visible Rhythms of African American Dance

Tango: The Art History of Love

Thompson had identified a West African style of dancing he called “an aesthetic of the cool.” These characteristic movement styles came to the Americas through the African diaspora of slavery. In Tango, he documents in delicious detail how this aesthetic influenced the development of and continues to be reflected in Argentine tango. Though his analysis is specific to tango, you will undoubtedly recognize some of these aesthetics in your own jazz, samba, or hip hop dance classes.

The first of its kind, this collection of 20 historical and ethnographic essays address Mexican dance on both sides of the border. Writing from direct, personal experience, the authors consider both danzas (ritually oriented dance) and bailes (secular social dance). They address a range of important topics including how dancing creates a sense of national, indigenous, or political identity; and how dancers resolve the tensions between maintaining traditional authenticity and the desire for innovation.

This collection of essays describes the history, structure, and spirit (duende) of Gypsy-Andalusian baile (dance), cante (song), and guitarra (guitar). Whether you are a student of flamenco arts or an enthusiastic fan, this collection will provide you with all the basics you need to enjoy the art more fully.

Serpent of the Nile: Women and Dance in the Arab World

Considered a classic by American dancers, this is a history of the origins and evolution of Middle Eastern women’s solo dance—what we call bellydance—and how those dances were perceived and documented by colonial Westerners in the 19th and 20th centuries. The book includes innumerable and gorgeous reproductions of bellydancers depicted in painting, early photography, film and sculpture.

This is a rare and revealing study of Iranian dance and culture. Shay coins the term “choreophobia” to refer to societies where dance is generally feared or prohibited. In the Islamic Middle East, professional and private social dance is often forbidden by law. Shay finds the origins of this phobia not in the Koran but in pre-existing, pre-Islamic attitudes towards gender that have been grafted onto Islam over the course of 400 years. Shay reports that despite the prohibitions on dancing, men and women risk physical punishment and imprisonment to dance in private at weddings or parties. 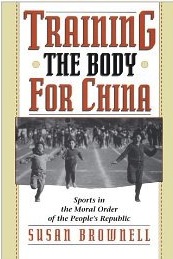 Training the Body for China: Sports in the Moral Order of the People’s Republic

by Susan Brownell. Chicago: U of Chicago Press 1995

Okay, this one isn’t about dance, but it is about structured systems of movement—in this case, Olympic-level sports—and how they come to expresses the values of State power. I include this because it provides an important perspective on Chinese movement practices. If you watched the opening ceremonies of the Beijing Olympics you may have been struck by their ability to coordinate hundreds of dancers and athletes. Some Americans actually found this frightening: What kind of people would submit to such a mass demonstration of conformity? Brownell helps us understand the Chinese system and its people.

If you have any questions about these or other ethnographic studies of dance, please feel free to contact me at

And don’t forget to subscribe to my dance blog dancedocsthinktank.wordpress.com

Dr. Renée Rothman studied and performed as a modern dancer in the Northeastern U.S. for ten years. After “retiring” from dance, she went back to college ultimately receiving her doctorate in cultural anthropology from U of CA, Santa Cruz in 2001. She began teaching courses in the anthropology of world dance soon after. Renée also began her study of bellydancing in that year and is currently working on an ethnography of the bellydance community of Santa Cruz, CA. In 2009, she created her own blog in order to continue sharing and deepening her knowledge of dance and to provide her readers with a new perspective on dancing. Renée is part of a passionate Santa Cruz dance community – See for yourself!

National Dance Week is a great time to explore dance forms and cultures that are new to you!

What dance form would you like to try or learn more about that you haven’t yet? Tell us in the comments!