How do you explain dance-making and its creative processes to middle-school or entry level high school students?

Recently I opened the dialog on creative process in my own class with the image of a whirlpool. 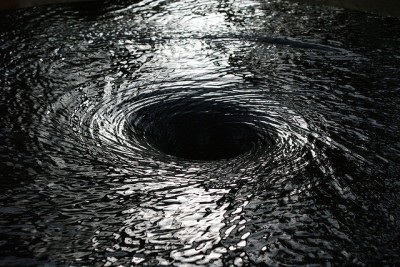 For those that haven’t been, imagine this: There is a circular pool that has a single entry/exit point. Once in the pool, you begin walking in a circle. The more people there are, the more force there is and soon you are riding on a current, having to decide when and how you exit.

The creative process can be a little like walking in that pool – entering, whirling, and having to choose when to exit.

Let’s start with at the beginning, at the initiation. Turn to a partner and tell them what you had for breakfast.

Who initiated that conversation? How did the person respond? Did they have the same breakfast? Something similar but different? Something totally different?

Leaving the concept of breakfast behind, develop a movement phrase or a movement “situation” in which one of you leads and the other(s) respond. Remember that your responses may come in the form of a movement echo, similar movement, or contrasting movement. You may have elements of improvisation and/or choreographed movement.

After giving students a few minutes to work, I offer a visual.

Asking a student to volunteer, I improvise and encourage him/her to respond to the movement I produce. We soon discuss, as a class, what stood out and the meaning we were able to infer.

We then return to the concept of the whirlpool as it relates to the creative process.

What is the entry point?

Most commonly, the entry point for dance-making is inspired by a story or a song. We typically use choreographic devices to support the meaning we intend to convey through movement. In that sense, meaning leads and movement follows. Yet, that is only one method.

Using the choreographic device of initiating movement as a means to infer meaning offers another entry point into the whirl of creativity that many middle school and even high school students may not have considered.

At this point, we flood the board with “what if” scenarios for potential dance-making:

What if the dance is performed in the wings but only an arm or a leg is occasionally visible from stage.

What if the entire dance is in low space, on a chair, what if the audience is onstage and the dancers are in the house? The possibilities are endless.

I have found that in their studies, we are able to find examples of choreographic tools listed in such sources as Blom’s The Intimate Act of Choreography.

Tools such as instrumentation, fragmentation, repetition, embellishment are used organically- serving as the gold for us to mine rather than the tools with which we do the mining.

How are you talking about the creative process?

Heather Vaughan-Southard MFA, is a choreographer, dance educator, and performer based in Michigan. She currently directs the dance program at the Everett High School Visual and Performing Arts Magnet in Lansing. With the philosophy of teaching dance as a liberal art, Ms. Vaughan-Southard collaborates with numerous arts and education organizations throughout the state. She has danced professionally in Chicago, Detroit, Los Angeles, and New York and has performed works by Mia Michaels, Lar Lubovitch, Donald McKayle, Billy Siegenfeld, Alexandra Beller, Debra Levasseur-Lottman, and Bob Fosse. As a choreographer, her work has been credited by the Los Angeles Times for “creating heat.” She has recently choreographed for the dance programs at Michigan State University, Grand Valley State University, Lansing Community College and is the former dance professor at Albion College. She is a regular guest artist and blogger for Dance in the Annex, an innovative dance community in Grand Rapids. Heather received her MFA in Dance from the University of Michigan, BFA in Dance from Western Michigan University and K-12 certification in Dance from Wayne State University. Read Heather’s posts.