True stories can capture the imagination as much as any tale of fiction, particularly when the story belongs to a dancer.

Each of the biographies and autobiographies below come highly recommended by dancers and enthusiasts like you. Let us know which ones have captured your imagination.

From a desperately poor village in northeast China, at age eleven, Li Cunxin was chosen by Madame Mao’s cultural delegates to be taken from his rural home and brought to Beijing, where he would study ballet. In 1979, the young dancer arrived in Texas as part of a cultural exchange, only to fall in love with America-and with an American woman. Two years later, through a series of events worthy of the most exciting cloak-and-dagger fiction, he defected to the United States, where he quickly became known as one of the greatest ballet dancers in the world. This is his story, told in his own inimitable voice.

Carlos was just another kid from the slums of Havana; the youngest son of a truck driver and a housewife, he ditched school with his friends and dreamed of becoming Cuba’s best soccer player. Exasperated by his son’s delinquent behavior, Carlos’s father enrolled him in ballet school, subjecting him to grueling days that started at five thirty in the morning and ended long after sunset. The path from student to star was not an easy one. Even as he won dance competitions and wowed critics around the world, Carlos was homesick for Cuba, crippled by loneliness and self-doubt. As he traveled the world, Carlos struggled to overcome popular stereotypes and misconceptions; to maintain a relationship with his family; and, most of all, to find a place he could call home.

Dancing on my Grave

The shattering story of a dream which became a heartbreaking nightmare for one of America’s most famous ballerinas, Gelsey Kirkland, who chronicles her brilliant start as a dancer with George Balanchine, her legendary partnership with Mikhail Baryshnikov, her agonizing descent into drugs, and her struggles to rise again. [Also check for this at your library or used book seller]

Graham, the extraordinary creative force who ranks with Picasso and Stravinsky, broke traditional molds and ultimately changed the way we look at the world. Blood Memory invites readers to explore her phenomenal life and highlights the unforgettable images that encompass her work. [Also check for this at your library or used book seller]

Allegra Kent, one of George Balanchine’s greatest ballerinas, who was a principal dancer for more than twenty years with the New York City Ballet, talks about her childhood, dance career, marriage, and constant quest for emotional and physical stability.

Holding Onto the Air

Suzanne Farrell, world-renowned ballerina, was one of George Balanchine’s most celebrated muses and remains a legendary figure in the ballet world. This memoir, first published in 1990 and reissued with a new preface by the author, recounts Farrell’s transformation from a young girl in Ohio dreaming of greatness to the realization of that dream on stages all over the world. Central to this transformation was her relationship with George Balanchine, who invited her to join the New York City Ballet in the fall of 1961 and was in turn inspired by her unique combination of musical, physical, and dramatic gifts. He created masterpieces for her in which the limits of ballet technique were expanded to a degree not seen before. By the time she retired from the stage in 1989, Farrell had achieved a career that is without precedent in the history of ballet. One third of her repertory of more than 100 ballets were composed expressly for her by such notable choreographers as Balanchine, Jerome Robbins, and Maurice Bejart. Farrell recalls professional and personal attachments and their attendant controversies with a down-to-earth frankness and common sense that complements the glories and mysteries of her artistic achievement.

Best known as the precocious judge of the hugely popular television show Dancing with the Stars, Len Goodman has achieved world-wide fame for his astounding dancing acumen and his irrepressible charm. Born in London’s rough and tumble East End, Len spent his formative years helping his father run a fruit and vegetable stand. He dreamt of becoming a professional soccer player and came close to making the grade before he broke his foot. His doctor recommended ballroom dancing as an aid to his recovery, and Len soon found a new calling in the world of dance. With his dance partner and wife Cheryl, Len won numerous championships before retiring. It was not until after he turned 60 that he achieved national acclaim on television. Funny and heart warming, this is the story of a man who succeeded against all odds and never gave up on his dreams. [Also look for the new edition coming out in October] 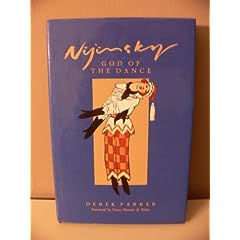 Nijinsky: God of the Dance

Traces the life and career of the legendary Russian dancer and choreographer, and describes his major roles and dances. [Also check for this at your library or used book seller] You might also want to check out The Diary of Vaslav Nijinsky

Out of Step: A Dancer Reflects

The remarkable story of Alida Belair, a gifted young ballerina in Melbourne in the 50s. Her determination took her a long way – to the top in fact – she danced with the Bolshoi Ballet in Moscow and had leading roles with companies in London and New York. [Read more about this book]

Born in Bunnell, Florida, in 1952, the tenth of twelve children in a migrant worker’s family, Bill T. Jones spent his early years traveling up and down the East Coast with his parents as they followed the crop seasons. In 1959 they settled in upstate New York, and it was there – singing rounds in dusty tractor yards and watching grown-ups from the shadows of the juke joint – that Jones began his life in dance. Jones has continued to choreograph and dance, and in Last Night on Earth he documents the creation of several of his pieces, including Absence, Last Supper at Uncle Tom’s Cabin/The Promised Land, Last Night on Earth, and Still/Here. Jones illuminates the process through which his work has become a way of expressing profound emotion; of exploring ideas around memory, sexuality, race, and mortality; of imposing order and beauty on chaos and despair. And in so doing, he shows dance to be not only a sequence of beautiful movements on a stage, but also an instrument of survival.

Isadora Duncan was “the most influential and the most notorious woman of the first quarter of the twentieth century” (New York Times). She was “one of the true visionaries of modern dance — and, by extension, of modernism in all its guises” (Washington Post). Her name is synonymous with flair, originality, spontaneity, scandal, and intrigue. In this universally acclaimed biography — welcomed on the cover of the New York Times Book Review — Peter Kurth gives us, at last, a work that does justice to the life of this unforgettable woman. Here is Isadora Duncan: her many sensational loves, her passion for her art, her mesmerizing performances, and her personal tragedies — all set against the sweeping backdrop of Europe and the United States in the early twentieth century. [Also look for My Life 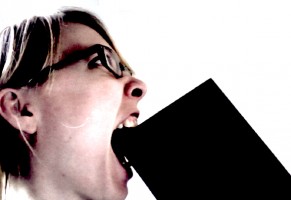 Thanks to the following Twitter friends for their recommendations!