A video of young girls (around 8 years old) performing a fierce competition dance to Beyoncé’s Single Ladies surfaced online in May 2010. It caused quite a stir in the United States when news and media networks picked up the story and questioned dance teachers’, choreographers’, and parents’ choices when it came to appropriateness in movement, costume, and song choice.

Of course, to those in the dance industry, this controversy is not really new and every once in a while our feelings on the matter bubble to the surface. It doesn’t take much to get the heated conversation going because people are rightfully passionate about the protection of children and because dancers (as artists) have an ardent connection to their work (also merited and a license deserving of protection). The discussion is often divisive, unfortunately, as of course what is appropriate or not is subject to opinion and perspective.

When news hits that reignites the flame, we react. And, usually we look for something or someone to blame. I must reflect that my reaction, my first response, is almost never the best I have to offer. And, I daresay, that is probably true for most of us. So in a public space, like this blog, I gave the issue a bit of time. I talked to good friends in dance. I talked to subscribers. I talked to others who dutifully listened and let me use them as a sounding board. I wanted to give my reaction space in order to balance my own emotional response and root my reasoning in logic.

As for blame, nothing happens in a void, does it? Condemnation is not terribly useful because we could go round and round ad nauseam. Of course, in any one situation there are those who must show and take responsibility for choices made. I want to be clear that I am offering my opinion, for what it’s worth, about the choices that were made in this case and the cases I’ve seen like it in the dance industry because I think (obviously) that it has solid footing.

I will discuss why I feel inappropriate choices are harmful and what I think the responsibilities of teachers and parents are when it comes to the young people they work with and influence. You do not have to agree, in fact the comments are open for you to politely discuss your point of view, should it correspond or contrast.

Young girls in a questionably appropriate dance performance are not necessarily acting out what they do on stage at home or in their daily lives. These particular girls may thrive as they grow into young women and adults. However, it seems safe to say, that outcomes are unpredictable. As with repeated exposure to violence, patterned sexuality in movement or dress has the potential to negatively affect those who, because of problems at home, victimization, or other destabilizing factors may not as clearly separate their feelings about what happens onstage versus off (that goes for the performers as well as those in the audience).

In addition, though girls performing a routine may be acting, I present that this performance (and those like it) contribute to a larger issue of how women and girls are perceived and perceive themselves. Though admittedly more could be done, there has been some study and reflection within the psychological community on how the barrage of images on television, in magazines, in music, etc. affect the feelings girls and women have about themselves. Low self-esteem, eating disorders, depression, even cognitive disruption like inability to focus or concentrate – these outcomes have been documented. If you’d like to learn more about the research, you might start with the American Psychological Association’s report on the sexualization of girls.

My Response To Counter Argument

It is natural that children would imitate adult sexuality. True, but a choreographed dance is not an imitation or exploration led by the child herself. It seems healthy that a girl might imitate or look forward to what she will be as an adult. It is different to assume or imply that a child is already an adult, that she should move, talk or act as an adult, or that she could process her experiences in the way an adult would. For a woman, sexiness and sexuality may be a source of empowerment. Sexualization has been shown to have the opposite effect on young women and girls, and what psychologists term adultification has yet to be studied at length. 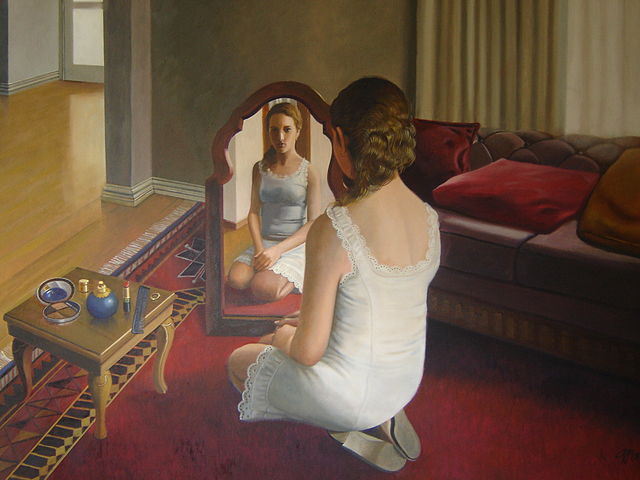 From the aforementioned report, “If girls purchase (or ask their parents to purchase) products and clothes designed to make them look physically appealing and sexy, and if they style their identities after the sexy celebrities who populate their cultural landscape, they are, in effect, sexualizing themselves. Girls also sexualize themselves when they think of themselves in objectified terms. Psychological researchers have identified self-objectification as a key process whereby girls learn to think of and treat their own bodies as objects of others’ desires (Frederickson & Roberts, 1997; McKinley & Hyde, 1996). In self-objectification, girls internalize an observer’s perspective on their physical selves and learn to treat themselves as objects to be looked at and evaluated for their appearance. Numerous studies have documented the presence of self-objectification in women more than in men. Several studies have also documented this phenomenon in adolescent and preadolescent girls (McConnell, 2001; Slater & Tiggemann, 2002).”

Seeing something sexual in the movements or dress of a child is imposing an adult idea of sexuality on the dancer (placing responsibility on the viewer and not the presenter). This suggests that language of the body is not a two-way conversation, that expression and perception do not occur simultaneously. No, we cannot control how something is perceived (case in point, my Toe Sit-ups video immediately attracted those with a sexual interest in feet). However, a choreographer has control of the context in which certain movements are presented. For example a pelvic roll as an isolation in class, designed to develop range of movement is one context. A pelvic roll executed among lyrics like “gloss on my lips, a man on my hips,” or while wearing lace and garters is an entirely different context. I will yield that there is grey area in terms of context but I have difficulty finding it in the above example, whether intended for a global audience or simply an audience of other dancers/competitors. A choreographer, like it or not, must be aware of the context in which they are presenting their movement and make adjustments according to their audience and (when dealing with minors) their performers.

Costumes are limited by and chosen only so that a dancer’s lines can be in full view.

Particular movements are chosen to break dancers from their comfort zone and encourage fearlessness on stage.

It is impossible to find appropriate music and still be culturally relevant or edgy in contemporary dance.

The above statements have been made in regard to the video I mentioned. All that I can say (without taking on more than I can cover in one article) is that these show a very limited exposure to the wider realm of dance, a lack of ingenuity and creativity, or both.

You Have A Choice

I realize that not everyone agrees that sexualization of girls can be harmful. We may not agree on what qualifies as sexualization. On these points I can agree to disagree.

A routine like the one so sensationalized still begs the question, why choose this? I know the answer may be ‘why not?’ but,

I can find no justification for the choices made or facilitated by the adults in this situation – teachers, choreographers, studio owners, and parents (who are of course fully aware and in support of the studio/teachers).

I seriously doubt that any harm is intended. Some say it’s about money and winning – shock value in the truest sense. I can only conclude that the decision to imply or impose an adult sexuality upon one who is not yet an adult, comes down to poor judgment. This does not release anyone involved from responsibility. When we work with children the standards must be higher and the choices must not be careless because children cannot truly choose for themselves while adults are guiding and influencing them.

For this reason, also, I do not think it is too much to ask competition administrators to evaluate what they allow and do not allow, reward or do not reward within their organizations. As with television or any other form of media, however, I don’t fully believe that we can hold an entire industry to a standard without trampling on the freedom of expression. In the end we have little control over what others decide to consume.

We can hold ourselves to a standard, however. And I do hope that with rational discussion and arguments presented that all involved in dance training (teachers, parents, organizations) might embrace their role as educators, influencers, and role models, might contemplate their responsibilities to the young women who dance with them, and might choose more carefully.

To anyone who feels limited by what some are considering the norm in dance choreography or competition, I encourage you to look further or expand your own horizons. Inspiration and alternatives are not so far out of reach.