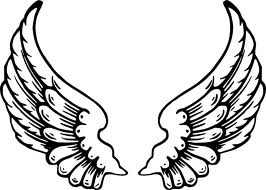 Many steps straddle the line between “flash” and “rhythm” steps, but unique amongst the aerial steps are wings.  To quote Marshal and Jean Stearns in Jazz Dance, “The Wing, with its combination of taps with an upward spring, holds two opposing impulses in balance, creating a dramatic fusion which can be thrilling.”

In the 1920s, wings were all the rage, and many variations existed.  The Pump, the Pendulum, the Saw, the Double Back… like time steps, most dancers had a signature wing variation.

But there was one variation in particular that caught the public’s attention, and it was the 5-count wing, created by Frank Condos.

The step gave him and his partner Mateo Olvera, billed as the more memorable moniker of King and King, that earned them the title as “the greatest of all Wing teams.”

Basically, the 5-count wing is a shuffle and a wing done without any break in the rhythm and can be enunciated as shuh-full-and-a-wing.  This may seem like no great feat, but at the time, tap dance was just getting off of flat feet and up onto the toes.  While a respectable wing usually had dancers getting three inches off of the ground, Condos and Olvera were getting five or six inches of lift.

“There wasn’t many teams copying Mattie and me,” says Condos, “because we did those Wings faster than anybody else.”

Frank Condos grew up working in his father’s restaurant, the Standard Restaurant, across the street from the Standard Theatre in Philadelphia.  It was while running orders to the theatre that Frank was exposed to the best Negro acts in Vaudeville, class acts like Covan and Ruffin and Buck and Bubbles.  It wasn’t until he saw The Three Eddies, which featured dancer Chick Horsey, whose specialty was the wing, that Frank got the idea for what would become the act of King and King.

After his split with Olvera, Condos formed the team of The Condos Brothers with his brother Nick, whom he trained in his trademark step.  Later, he would train his other brother Steve, who would take his place in the group after Frank Condos’ retirement from performing in 1937.

Nick and Steve Condos went on to have illustrious careers, stars of both stage and screen. But it all started with Frank Condos, whose daring and innovative spirit is felt even today as tap dancers continue his legacy of pushing the art form to its creative and physical limits.